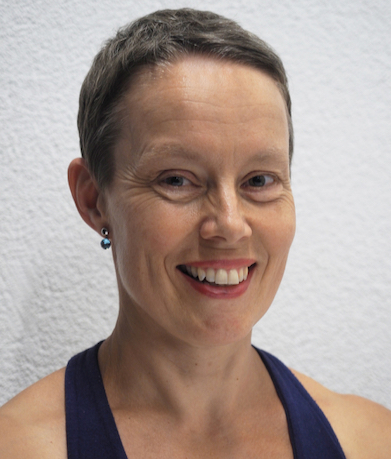 Jenny was born in 1971 in Helsinki and moved to Berne in 1999 where she has been working and living since.
She received her dance education at the London Contemporary Dance School where she graduated with a BA in contemporary dance and choreography in 1996, followed up by a MA a professional dancer in 1998. After graduation she started working as a freelancer with different companies. In 2000 Jenni joined the Aerial dance group öff öff productions Berne and worked mainly for the two following years as an aerial acrobat. Together with öff öff productions she staged two aerial spectacles, which gained öff öff international recognition: The Bridge (2001) and Eye-Bridge (2003). The following years Jenni toured together with öff öff nationally and internationally, which was for Jenni an extremly exciting, challenging and inspiring time.
Paralell to her performing work, Jenni teaches contemporary dance for amateurs, profesionalls, children and teenagers since 1999. Since 2006 she started to increase her work with theatre pedagogues. At the Theatre Schlachthaus in Berne she helped produce the theatre productions for teenagers from 2006-2011. Since 2012 she took over similar tasks and responsibilites for the Jungen Bühne Berne.
In 2009 she choreographed her first evening filling dance production «One idea» and founded the dance company Jenni Arne.
In 2011 she completed her training as Ashtanga yoga teacher trained by Paul Dallaghan at the Samahita Yoga Centre in Thailand. Since them she teaches on a weekly basis Ashtanga vinyasa yoga.